It's been a long time since I did my last post. There was a time that I was trying to do it once a month, then it turned to me wanting to do a post every time something new I made came out or something.... Anyways, here I am today to report a few things!

The co-star of me playing a guy in a giant penis costume for the show Lady Dynamite came out. It's super weird and I didn't really want to post about it much because of how strange and possibly offensive it was. The show is actually really great though and I really recommend that everyone watch it. For those that one to watch it, catch Episode 2 "Bisexual because of Meth" or you can see the clip that I'm in at the link below because apparently it's the weirdest clip from the entire show so they decided to use it as a viral clip.

Here are also two very contrasting pictures of how excited I am to play a giant penis. 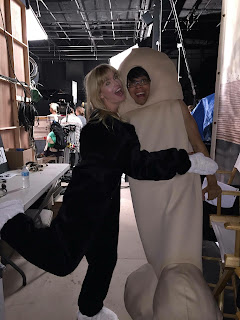 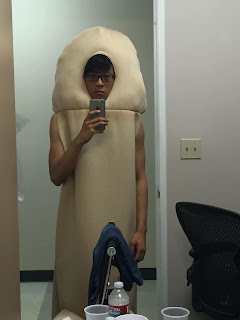 Anyways, I'm told as far as one line roles go this is pretty cool so I'll just stick with that.