Alright, so I've been talking about this short I wanted to make for a really long time. I knew I wanted to make something about a collection of my online dating stories as well as things I've heard from others and I also wanted to do something new and interesting with blending the lines of comedy/drama. It took me almost a year of brainstorming, but with the help my friend Claire Jia and my usual writing/directing partner Travis Ashkenasy we came up with the idea for Godzilla Party.

It's about a bunch of people at a party that slowly devolves into a bit of chaos. With this movie we want to do something that we believe has never really done been done before. We're taking a dramatic script, but using the aesthetic and acting style of a multi-cam comedy to contrast with the material. This is literally the opposite of what we usually do with our movies like Hand Fart where we take a comedic script and treat it very seriously.

In order to have the highest contrast between the dramatic writing and the comedic aesthetics we felt like shooting it like a sitcom similar to Big Bang Theory and Friends was the best route. What we didn't realize that these sets are harder to get than we ever thought. Even when we shot Hand Fart we thought finding a hospital would be tough, but there were actually a lot. Right now, we're finding that the options for getting even a living room set are either extremely expensive or just not the same look. That and I found out that I would be having to spring the bill for the whole budget cause Travis wasn't able to contribute this go round. So I decided to do a kickstarter.

I've always felt uncomfortable with the idea of Kickstarter because I felt like it's best to make things on your own money so I don't have to worry about wasting someone else's money. I have since realized that sometimes there are people that want to help contribute and it also serves as a good marketing tool. We initially had some good momentum with the campaign, but it slowed down significantly at the mid point. Right now I'm sitting here at the 24 hours left mark and we're not even at the 50% point so I have a lot to do.

Not sure whoever reads this, but if anyone could donate, like, share, give suggestions on what to do I would appreciate it. I'm about to start my big push now. Here goes nothing! 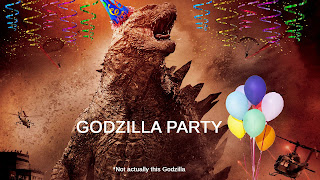