Slamdance Screenplay Competition and gearing up for a new short

It's been a really busy month. So I've been submitting my feature length screenplay "The Causeway" to various screenplay competitions for about a year now. It had mostly gotten rejected, but we realized that we were focusing on diversity/Asian centered competitions and we probably would have better luck with ones that focused on more horror/genre themed pieces. We submitted to the Slamdance Screenplay Competition, which is frequently listed in the top 8 of top screenplay competition lists, and one day we got a notice that we made it into the next round. Eventually we got Quarter finalists, to semi finalists, to finalists and finally got announced that we were top 3. 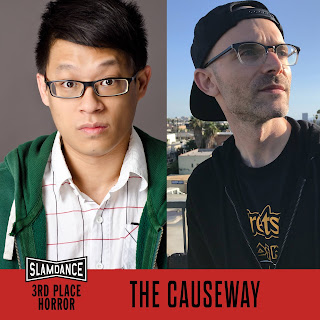 Once we got into the top 3 we got invited to the award ceremony, which took place at the Writers Guild of America building. There were four categories: feature, feature horror, teleplay, and short. We were really excited, because at worst, we would get 3rd in our category and we would be the stars of the event regardless of what happened. It was a modestly sized event and we got to meet a lot of the other writers. The first awards to be announced were the shorts and one of the first people we talked to won 1st place in shorts. Our category was next and it was an interesting feeling to not want to hear your name first, but unfortunately we did. It was still a good time and we got a lot of congratulations from people all around. We get all access passes to Slamdance too and I had been looking for an excuse to go back next year. I felt like a bit of a fraud going to Sundance and not having work to show there. While it's not exactly showing a film, I can't say I have NO work to show there.

The other huge thing to happen this month is Godzilla Party preproduction is in full swing. I was able to succeed in my Kickstarter. More than half of the funds came from the Fighting Game Community so thank god for my time spent playing video games. I raised a little over $5,000, which I thought would cover half the budget. Unfortunately it's looking like the realistic number is more like $15,000. A lot is coming out of pocket. We'll see how it all goes. I'll have to write about it next month! If all goes well maybe I can show the film at next NEXT year's Sundance! 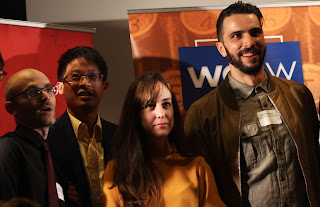